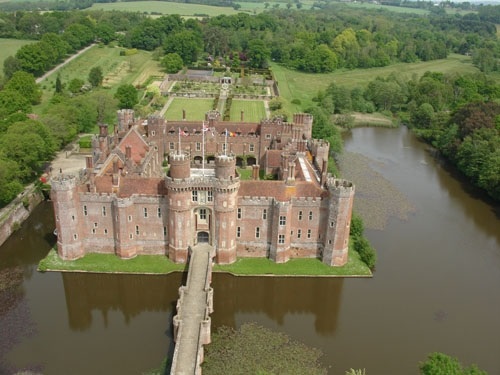 Sustainable Investing and a Wide Moat

Legendary investor Warren Buffett coined the term "economic moat" to describe companies that have highly defendable competitive advantages -- a brand reputation, economies of scale, patents and trademarks, and so on.  These characteristics typically lead to higher returns on capital and more sustainable profit margins.

Morningstar applied this principle to their investment research, creating two tiers of moats, "wide" and "narrow", to reflect their expectation of the relative strength of these competitive advantages.  (Even a narrow moat is a valuable characteristic -- just less so.)  VanEck Funds recently licensed the research to create an Exchange Traded Fund (ETFs) of undervalued wide-moat firms who are based in the USA.  The fund is traded under the ticker, "MOAT".

This week, Morningstar released the newest 20 stocks to be the constituents of its Wide Moat Focus List.  What struck me about this list was the overlap between their "wide moat" assessment and our analysis of what defines a "sustainability leader". Nearly half of the domestic holdings of the Boardwalk Global ESG Titans portfolio were represented in the Wide Moat Focus List.

Initially, that was a bit of a surprise, but after further consideration it makes sense on several levels:

Sustainability leaders and wide moat firms are great companies whose management teams execute very well.  They pay attention to details that deliver superior margins.  Sometimes these details pertain to employee retention and training.  Other times, it involves investments in renewable energy sources or better waste management.  Such details might not always get noticed at lesser firms.

They have a long term focus.  These superior companies make long term investments in their operations rather than resorting to accounting tricks or manipulating short term earnings.  In the short term, such investments might actually penalize earnings, but their long term benefit drives the decision of astute management teams.

There's value, too.  We're also delighted that Morningstar's analysis confirms our assessment of value.  (Their focus list includes only securities they deem to be underpriced.)  Not all of our portfolio holdings meet the undervalued test, but many do.

The bottom line is that we'd never used "sustainability leaders" and "wide moat" in the same sentence.  And most likely, neither had Mr. Buffett.  But in the end, both methodologies seek to do the same thing:  Identify superior long-term investments.

It's one more reason to see sustainable investing as another mainstream investment approach.