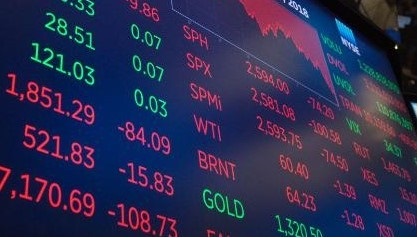 Interest rates accelerated their climb this week, and the equity markets finally took notice --  with the Dow Jones Industrial Average declining my more than 800 points, or 3.15%, on Wednesday.  It had been 74 trading days since the markets had fallen more than 1% in a day.

While many investors focus on the Federal Reserve and its actions to raise short term rates, the action that ultimately unnerved stock investors was the movement in US Treasury note yields.  These longer-term bond yields reflect investors' collective wisdom about future inflation, and the cost of borrowing for everyone from the government to corporations to individuals.

As the graphic below indicates, over the past twelve months, the yield on 10-year Treasury Notes has risen from roughly 2 1/4% to 3 1/4%. The recent rise above 3% appears to have investors most concerned.

Several schools of thought seem to have emerged to explain this recent move:

The first suggests that the recovery is more fragile than it seems.  And the Fed is moving too fast and risks damaging the economic expansion.

The second school of thought suggests that the Fed is moving too slowly, and that inflation is starting to get ahead of the Fed's ability to contain it.

I'll add my own theory, based largely on the first:

Sure, the current economic expansion may be more fragile than it seems (but who can tell.)  But there are many more reasons for investors to fret.  Trade tensions have often unnerved investors in the past and have resulted in lower earnings for exporting firms.

Additionally, this market has been driven by tax cuts and their effect on earnings. But tax cuts are a short term phenomenon that was rapidly priced into stocks by investors (who drove the markets to new highs over the past 18-months.)  What's next to push the stocks higher?

At a minimum, there are "digestion" issues at these valuations as investors naturally pause for further earnings surprises to corroborate their optimism. Or worse, the markets could be foreshadowing trouble ahead for corporate profits.

Meanwhile, the US Treasury is having to sell billions upon billions of new bonds each month to finance our trillion dollar deficits.  What if China is buying less of our debt (say, for "trade" negotiation reasons, for instance?) Then, it stands to reason that interest rates may need to be higher to entice more buyers to absorb the new paper.

The bond market isn't saying that inflation is getting out of control.  But higher yields are increasingly good competition for investor dollars versus stocks.

Would we be shocked to see a correction?

Absolutely not.  It's been a surprisingly long time (2015) since we had a meaningful one.  But corrections are part of the landscape of stock market investing, as much as we may have forgotten about them.  We've never sought to predict the markets. But we have long believed that average returns on stocks over the next decade would be well below historic norms.

And one doesn't get below average returns without some corrections.  (Hence our ongoing work to find other sources of return, independent of the stock market cycles.)