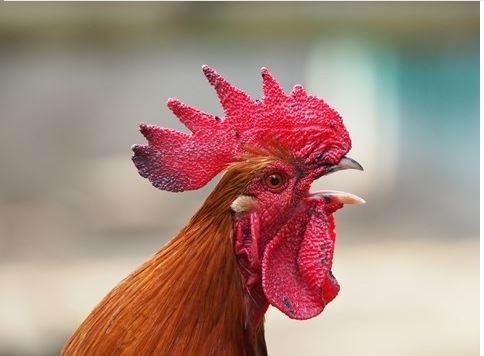 It's time for the chickens to come home

Perhaps your Old English is a bit rusty.  Or, you're just stunned that I'm quoting Chaucer.  Either way, I'm happy to clarify:  The chickens are coming home to roost. (Or to use another colorful cliche, "Sooner or later, you have to pay the piper.")

YOU CAN'T BORROW YOUR WAY TO LONG TERM PROSPERITY

To put this in economic terms: Economies have cycles. And while we can delay the inevitable downturns, they still occur.  We have borrowed (quite literally) from the future with tax policy that failed to increase business investment or to encourage companies to repatriate capital held overseas -- but that did result in trillion dollar deficits. Yes, we got a short term "sugar high" from these tax reductions and the economy grew above trend.  But that stimulus is wearing off.

If companies weren't investing these higher profits in their businesses, what were they doing?  Well, they mostly used the tax cut windfall to buy back their own shares -- a nice idea for the stock market, but not one that adds to economic growth, employment or to the financial well being of the average American.

WE'RE ALL IN THIS TOGETHER

Not only is this stimulus wearing off, but we have also thrown sand in the gears of commerce.  Aggressive tariff actions are punishing more than the agriculture sector,  Manufacturing is also feeling the pain.

While surely some countries benefit more than others from trade, cooperation benefits everyone when compared to the uncertainty of confrontation.

Over the past few days, the markets have signaled that recession is increasingly a possibility.  Two indicators reinforced this view.  Both consumer confidence and manufacturing activity fell sharply in the most recent readings.  In fact, the ISM manufacturing index had its biggest fall in ten years.  Torsten Slok, chief economist at Deutsche Bank was quoted as saying, "There is no end in sight to this slowdown, the recession risk is real,"  His is but one opinion, but it's one that is widely shared.

Uncertainty is a paralyzing factor, and it is self-reinforcing. Both businesses and consumers have increasingly put future plans on hold while they "wait to see" what trade, economic or tax policies will be introduced. Ouch,  "Waiting to see" are the worst words for a business owner to hear.

Regular readers will know that we have long voiced these concerns, but we recognized that the economy still had momentum.  But in recent months, we reduced equity exposure in light of the drag that uncertainty creates on economic activity. The Fed will likely brighten investors' views when they next meet to decide on what will likely be their third rate reduction of the year.  But they can't make businesses invest, or consumers buy.

Does that change anything for the long term?  Not likely.  As we often say, if your stock allocation has crept above your long term strategic target, use times like these to pare back. Over the long run, diversified portfolios of quality companies outlast cycles and policies. And strategies that are less dependent on market cycles are your friend when volatility hits again.