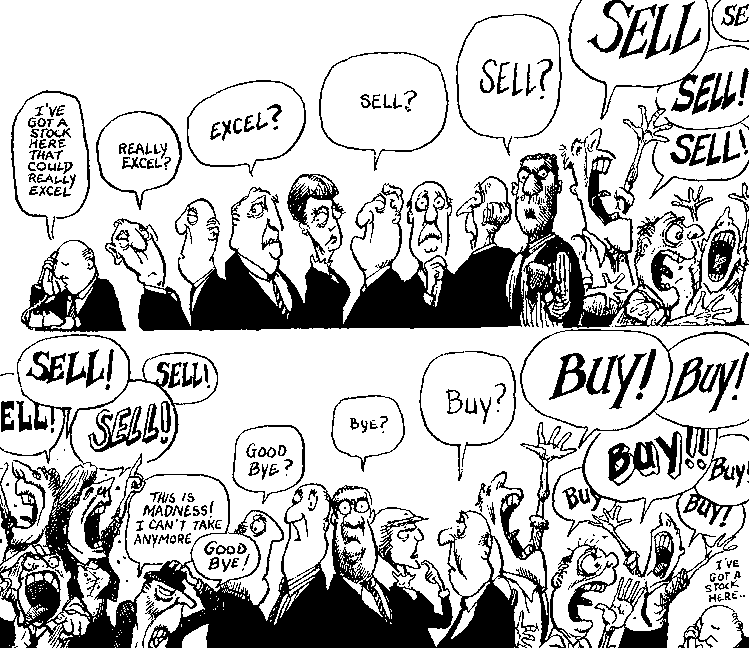 You CAN have too much of a good thing.  And the bond market is telling us that cutting taxes while at full employment is one of them.

It's undeniable mathematics that cutting corporate tax rates has been a positive for the earnings of most companies.  It's too bad, then, that the Federal Reserve is insistent on offsetting the inflationary effects of this action by raising short term interest rates. And ultimately this will hurt earnings...

If this sounds self-defeating, it is.  But the Fed is an independent entity charged with "maintaining full employment and stable inflation".

And they weren't asked about the tax cuts.

WHAT THE MARKET IS TELLING US

The bond market, by the shape of the yield curve, has been increasingly signalling that the end of the economic cycle is fast approaching. Here's how:

As the graph below shows, a flat or invested yield curve (red circles) has predicted most recessions (shaded areas). 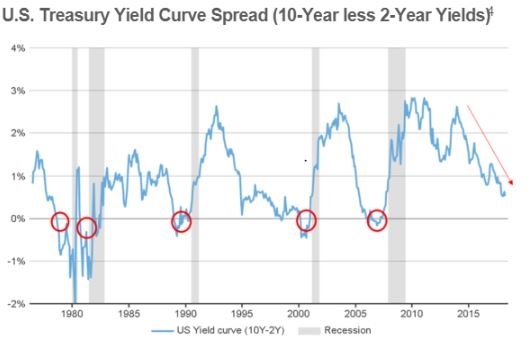 People used to care about the deficit...  But apparently not so much any more.  The non-partisan Congressional Budget Office (CBO) now predicts that Federal budget deficits will reach one TRILLION dollars per year -- in an economic expansion.  This is the largest deficit ever, in non-war, non-recessionary periods, relative to the the size of the economy.

So, we are borrowing to grow.  And there is no economic emergency necessitating this stimulus.  We were already growing.  So, we inflate instead, as more money chases the same amount of goods. And the Fed steps in, raising rates and increasing borrowing costs on all of that new debt that we'll have to issue to finances these deficits.

To me, this is economic crack.  Short term high but long term pain. And it's darned irresponsible.

Will we ultimately pay the price for irresponsible fiscal management?  It seems impossible that we won't.  Both borrowers and fixed income investors will feel some pain, as rates rise. Stock market volatility seems to be telling us that stocks won't be immune either.

We humans are collectively horrible at timing-- true "contrary indicators". It's a pretty good bet that when we are ready to throw in the towel, it's a a decent time to be a buyer. Have we reached one of those points?

Investing is also about what you avoid

April was a volatile month for investors.  But cycles come and go. Nothing in the current environment suggests that companies have lost the ability to build long term value.