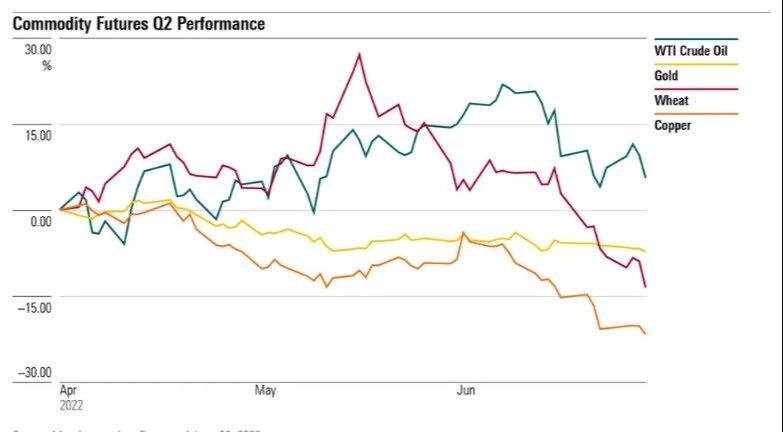 The Financial Markets in 2022's First Half

The first half of 2022 offered investors few bright spots, and few places to hide from declining markets.  Stocks and bonds declined, both foreign and domestic, as investors digested the new inflationary environment that is forcing central banks

to adopt tighter monetary policies.  Growth stocks were among the worst performers, and only the energy sector posted positive returns among US stock groups. Foreign stocks were subject to the same fundamental issues of elevated inflation and tightening monetary policy and fared no better than US companies. 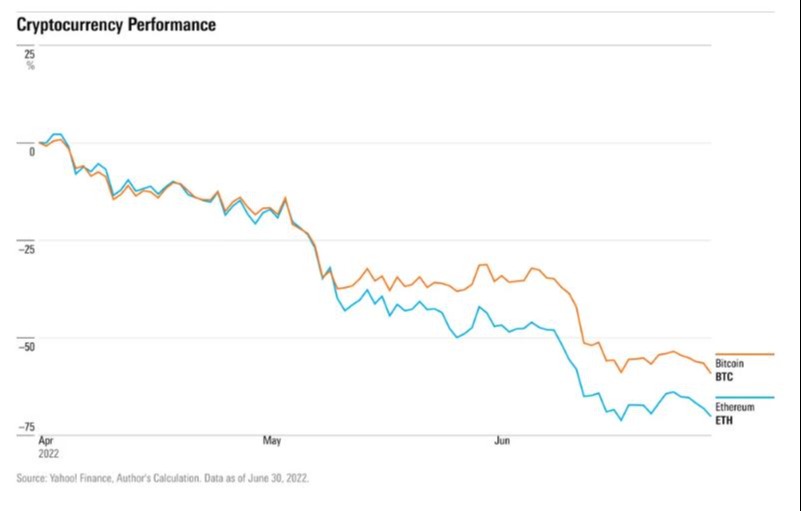 Why these conditions exist now

Economic imbalances can persist, but they are hardly permanent.  As we have previously written, business cycles and market trends come and go. Various forms of stimulus kept the World economies and consumers afloat during the pandemic and made the rebound much smoother.  Still, many businesses greatly reduced their capacities to reduce costs in the face of non-existent demand.  And those actions, and other conditions, resulted in many of the supply chain problems that we are experiencing today, and with them came pressures towards higher price inflation.

The conundrum for businesses, and therefore, for investors, is that economic dislocations often do not result in recessions.  At such times, "buying the dip" is a profitable endeavor. Economic indicators are released with a lag, and are regularly revised at later dates, making precision about the economic cycle difficult.

The challenge presented by tighter monetary policy is that, if policies are too tight, they could push economies into recession.  We can already see how it greatly reduces demand in certain "interest rate sensitive" sectors.

Housing, for example, is showing a substantial cooling in the face of higher mortgage rates (which tend to be tied to 10-year US Treasury rates), with existing home sales falling to a two-year low.  At the same time, the average home price continued to climb, now averaging more than $400,000 -- up more than 14% over the past year, showing the continued imbalance in demand versus supply, and a market that was "too hot".

With higher rates indicating slower economic growth in months ahead, commodity prices have already started to decline, indicating that inflation rates may have already peaked.  The war in Ukraine remains a wild card for energy supplies, but prices of industrial and ag commodities have declined strongly in recent months.  Copper prices, for example, fell by 20% in the second quarter.  Agricultural commodities, such as 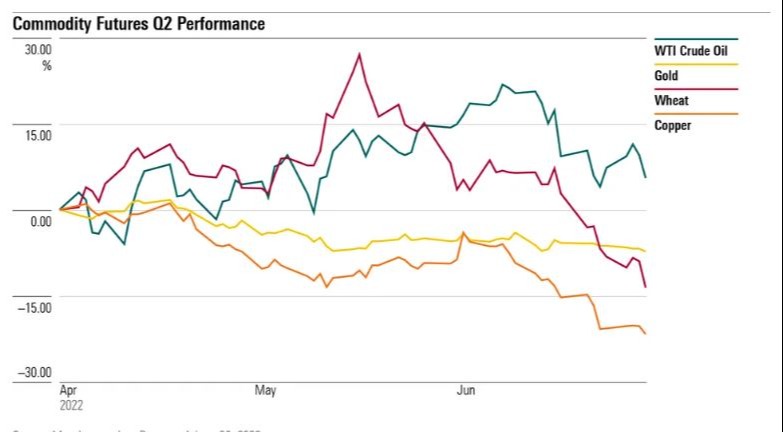 wheat, have also seen price declines, possibly indicating some relief for consumers. Even oil has come off its highs.  Lower inflation may allow the Fed to go easier with its rate adjustments, reducing the economic impact.

A History of Bear Markets

In October of 1987, I had been in the industry for a mere four months.  The stock market "crashed" by more than 20% in one day (October 19, or "Black Monday"), after having fallen about 5% on the prior Friday.

Needless to say, there was much consternation (call it panic) at my new employer. I saw a senior executive sell his mother's account completely out of the market after ﻿the 25% decline. As a new entrant to the industry, I was confused, but I was told that stock market declines are leading indicators of recessions, so selling was "logical".  And yes, we sold some client stocks after that day, essentially shutting the barn door after the horse had already bolted.

What was missing was a discussion of price. Market trends can begin based on wisdom, but they often overshoot into excessive optimism or pessimism. If conditions are good, that optimism can look well-founded. Likewise, when conditions are weaker, pessimism is seemingly warranted.  But prices can sometimes send us a signal that things have gone too far, and that a true, generational buying opportunity is among us.

Are we there now?  It is hard to say for certain. But we do know that profit margins rebound after recessions, and a diversified portfolio of growing companies will again prosper when the sun is brighter in the sky.  Valuations, unfortunately, are terrible timing tools for stocks.  Shares remained overvalued for years, still earning investors sizable returns. Being on the sidelines during this period would have been the wrong decision as the S&P500 averaged a 9% annual return over the past three years, (including the recent declines).

Stocks may remain undervalued, too, of course. But for a long term investor, stocks remaining undervalued for a time is a GIFT, allowing them to accumulate positions at low prices during this lull period, and setting themselves up for a profitable harvest during retirement.  Accumulating quality stocks, or funds that invest in them, should be a good long term decision for investors who can tolerate the possible negative results in the near term.

As always, we welcome the opportunity to discuss your investments and their positioning, at your convenience.