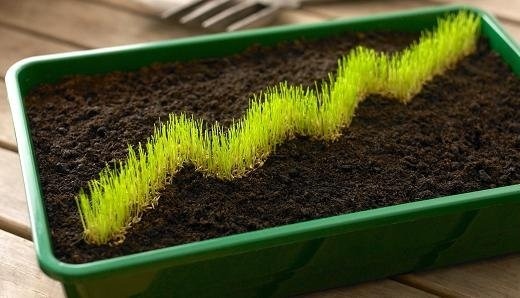 As the title suggests, April was a volatile month for investors.  Following a nice rebound in March, stock markets retraced all of those gains, and a bit more.  By April's end, the S&P500 had registered an 8.8% decline for the month.  The Dow Industrials fared somewhat better, falling 4.9%.  Bonds were also in the red as rising rates led to losses of about 4% for the Aggregate Bond Index in April.

Below, we share some thoughts on the current environment.

The war in Ukraine, and sanctions on Russia, served to put further pressure on COVID-19 constrained supply chains, driving commodity prices higher and adding to inflationary trends. As the quarter came to an end, the government reported that the US economy shrunk at a 1.4% annual rate in the first quarter.  (More on this below.)

Interest rates continued their climb as various Federal Reserve governors signaled an aggressive path of hikes in the Federal Funds rate over the coming months.  Tightening monetary policy is usually a strong headwind for equity markets, and true to form, longer duration growth stocks were among the weaker performers while more stable, dividend payers did somewhat better.

Among economic sectors, energy companies continued to lead the market, thanks to $100 oil, while consumer staples firms also held their own.  Technology shares, and aggressive growth companies in general, were among the weaker performers.

Many companies whose sales growth was most rapid during the pandemic (but that still lacked profitability) were among the best performers a year ago.  In today's market that rewards stability and cash flow, however, the reverse has been true.  (Think Zoom Video Communications, up nearly 400% in 2020 but down 46% YTD.)

The economy contracted in Q1.  Does this mean that the US economy is headed for recession?  A large portion of the economic decline was due to the removal of government stimulus.  The consumer continued to spend, however, although higher interest rates and inflation will surely put a dent in that, too.

The answer to the above question is "Yes", the chances of recession are pretty high.  To some degree, this is math:  Gross Domestic Product (GDP) is just the sum of consumer, government, and business spending plus the net of imports and exports.  Did that total grow or shrink?  We like for GDP to grow, of course, but are we really surprised that the government has stopped handing out money?  Consumer spending is a more important component to monitor as this segment accounts for 70% of the US economy.

MARKETS ARE ONE STEP AHEAD

Rather than trying to predict recessions, the more important question may be this:  Has the market "discounted" recession risk in its recent declines. Keep in mind that the market is usually 6-9 months ahead of the economy.  If there is a recession, we shouldn't be surprised if the market starts climbing when the economic news is still generally bad.

From this information, one can see how investors can be their own worst enemy when headlines drive their actions. Should a there be a favorable policy or economic shift, markets can change direction overnight.  Sitting out the bad times also means missing the rebounds -- and a large portion of an investor's returns come from this handful of days.

An environment in flux, while startling, is a normal aspect of investing. Portfolios of quality companies endure price changes such as these with unfortunate regularity. 10% corrections are nearly an annual occurrence, and 20%+ bear markets happen about every 3 1/2 years!

Short term volatility, therefore, should not be confused with a long term impairment of asset value or permanent declines earnings power.  For decades, the act of owning quality companies that grow has proven to be a long term wealth builder.  Cycles come and go, but nothing in the current environment suggests that companies have lost the ability to build long term value.